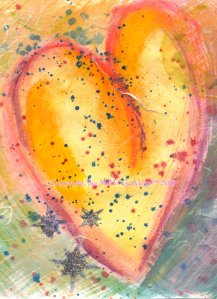 d I find myself thinking of the heart’s desire. Can it be obtained? Are we satisfied when it is? Do we sometimes miss the fact that we have realized our heart’s desire and, if we do, does it lose some of its luster when familiarity breeds its brand of contempt?

Or, are we caught up in regret over unrealized dreams, opportunities not taken, paths not traveled – the would have, could have should haves of life?

Recently I was listening to an interview with Adam Phillips, psychoanalyst, visiting professor in the English Department at the University of York and author of “Missing Out: In Praise of the Unlived Life.”

It got me to thinking about our true hearts desire in a way I hadn’t before. What if you think of your true desire as an internal compass, a sort of unconscious GPS that is continually feeding you directional guidance, always pointing you toward choices that will best bring you to your desire given the available choices?

When I was eighteen years old, my father’s greatest desire was to see one of his children graduate with a higher education degree. Since I was the baby, I was his last hope – kind of. There was a standing offer of full tuition from my father to all four of his off-spring at any time. So the others weren’t exactly out of the running. Also, my sister had a good head start with two years of college under her belt before she chose marriage and children.

I had no desire at age eighteen to go to college, even with the sweetened deal of law school waved under my nose. It was a new era for women in the professions. A local lawyer and contemporary of my father offered a guaranteed position in his firm when I’d completed school and passed the bar exam.  Still I declined. I had absolutely no interest in a law profession.

That was then. By my thirties, I had become fascinated by criminal law and procedures. I often look back at that road not taken, with a small tinge of regret. There is no doubt my life would have turned out differently. As I approach later life, I have financial insecurities that likely wouldn’t be worrying me had I been practicing law for the past 30 years.  There is also a very strong probability that I would have had the means to go along with the motive for moving to a more desirable climate.

But let’s backtrack a decade to my twenties, when I realized a desire to write, to become a writer. When I told my father of my plans, he scoffed (not something Dad did often). Well, I showed him . . . my first published piece in print before that year was out.

So what does all of this have to do with my heart’s true desire? For years I dreamed of living in a Victorian, seaside cottage where I would spirit myself away in the third floor garret, writing literary masterpieces. It was one of those dreams you kind of tuck away, taking it out to look at it now and then, and then carefully wrapping it back up like a stored treasure.

I continued writing and have been often published in small markets – no novel yet. But the main focus of life was raising my three daughters. When they were young, I was a full-time stay at home mom. When they got a bit older, I worked outside the home part-time.

I managed to “stumble” into enough writing and publishing gigs to eventually have the chops to found my own publishing company. It was exciting, rewarding and fulfilling to a degree, but helping other writers achieve their dream of becoming published authors, left me little time for my own writing, so I eventually gave it up and went back to being a part-time employee.

And then one day I realized, in a classic “Duh!” moment, that somehow, my heart had led me right to its true desire.  I was working as the PR coordinator for a small non-profit that managed three historical sites. My office just happened to be on the third floor of one of those sites – a Victorian house museum. Once a servant’s quarter bedroom with a high window tucked into a dormer in the steeply pitched ceiling, it was very garret-like indeed. What’s more, the mansion overlooks the vast expanse of Lake Superior.

It may not have been a cozy, seaside cottage and perhaps the body of water and regional climate was a bit colder than in my day dreams, but I could hardly deny that my heart had found its true desire in the best possible likeness given my available options.

I’m pretty sure now, that had I taken my dad up on that offer of career in law practice, I’d have eventually followed in the footsteps of John Grisham, Scott Turrow, Richard Patterson and a slew of other lawyers turned novelists.

The moral of this Valentine’s Day tale? Just because something isn’t happening for you now, doesn’t mean it never will. Give free rein to your heart’s desires; open yourself to all the possibilities and interpretations of your dreams and let time manifest its magic in your life.

Like Loading...
This entry was posted on Thursday, February 14th, 2013 at 10:51 am and posted in MUSINGS. You can follow any responses to this entry through the RSS 2.0 feed.
« AN UNCERTAIN CERTAINTY
Fat Bottom Queen »